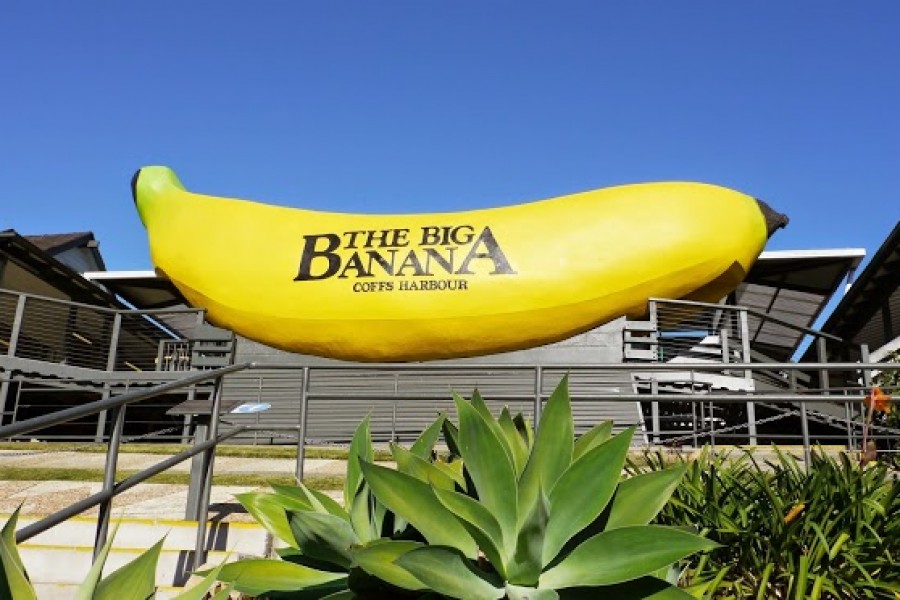 While the banana growing industry has largely left the costal town of Coffs Harbour, the Big Banana gloriously remains. Built in 1964, the monumental fruit was Australia's first 'Big Thing', the leader in a trend which would see such other splendours arising across the great southern continent, such as the Big Pineapple, the Big Marino sheep, and who could forget the Big Prawn. Should one be privileged to actually visit the Big Banana in person, in addition to meditating on the human condition in the face of such an architectural wonder, such a lesson in classical restraint, one can also engage in a number of other banana-related activities at the attached Fun Park, such as laser tag, mini golf and ice skating. While some cruel-hearted people have decried the Big Banana as an 'eyesore', it is undeniable that somewhere, deep within the monumental fruit lies a kernel of truth about the desperate search for meaning in a postmodern settler-colonial context.